Foraging With A Future: Sustainable Harvesting of Ramps (Allium Tricoccum)

If you are reading this, you have most likely felt the springtime thrill of coming down that hill, around that bend, or over that stream, and seeing a stand of emerald green, lance-shaped leaves that you immediately recognize. Your heart skips a beat. You check to make sure nobody else is around. Score! These ramps are all yours.

It is our natural instinct to want to take everything we see, especially if there is monetary gain to be had. Unfortunately, these instincts are inapposite of what should be our longterm goals, both for ourselves and the future of the planet. In many places, these instincts are actually pushing ramps (allium tricoccum) toward being a threatened species. Ramps are very slow to grow, with patches increasing by less than 10% each year. Quebec has had a 50-bulb harvesting limit on ramps since 1995, defining them as a Vulnerable Species. Ramp harvesting was banned in 2004 in a national park spanning North Carolina and Tennessee. As of January 1, 2022, West Virginia has banned the harvesting of ramps in three of their national parks due to a noted decline in these wild edibles.

So what can we do to enjoy these delectable wild edibles while still preserving them for future foraging? The answer is sustainable harvesting. The issue is that sustainable harvesting of ramps is not a universally agreed upon or defined concept. Therefore, it is up to each of us to decide what degree of sustainability we want to practice. The most sustainable way of harvesting ramps, short of walking by a patch without stopping, is to take one leaf from each plant, leaving the remaining leaves, as well as the bulb and roots, intact. While definitely requiring some restraint, this is an excellent way to ensure the future health of the ramp patch. It allows the ramp the ability to flower, produce seeds, and continue its lifecycle. The leaves, while not as pungent as the bulb, have the characteristic leek- or garlic-like flavor for which these members of the allium family are known. They can be used in a variety of culinary ways, including grilled or sautéed, or made into oil, pesto, or compound butter.

While limiting the number of ramps harvested is critical, the method used to harvest them is equally important. The Eastern Band of Cherokees, who are credited with introducing ramps to early settlers, developed sustainable harvesting methods generations ago to preserve the ramp patches that hold such an important place in their culture. In addition to never harvesting more than 10% of a given patch, they never pull entire ramps out of the ground. Instead, they painstakingly uncover the bulb of each ramp they intend to harvest and, using a small knife, carefully cut above the roots or, as the Cherokees call it, the “britches.” This allows both the roots and basal plate to remain intact in the ground. Ideally, all foragers would practice this wonderfully sustainable, Cherokee way of harvesting ramps.

Let’s Hear It For The Hori Hori

For those foragers who are unwilling or unable to devote that kind of time to harvesting, there is some good news. Quite coincidentally, from many early, failed attempts at quickly digging up ramps in their entirety, I realized that I was often slicing them above their roots. It is possible to harvest ramps by inserting the blade of a sharp knife into the ground along the outside of the leaves and then, while the blade is underground, twisting it laterally and slicing across the plant. If done correctly, the ramp should have approximately half of the bulb still intact when you lift it out of the ground, allowing the rest to remain in the soil, attached to its roots.

It takes awhile to perfect this technique of harvesting, but it is well worth the effort. It is critical that the knife be long enough (3-4 inch blade) and sharp enough to make a clean slice and leave the remaining portion of bulb and roots in viable condition. Otherwise, you will be left with a mushy version of wild leek soup. While several types of hunting knives will work, I prefer a hori hori knife because it both digs and cuts. And they’re really cool. But you need to keep them well-sharpened.

In addition to the amount and method of harvest, location is also important. Harvesting on private land with permission is legal (although, if not done sustainably, risks the depletion of ramp patches). Conversely, removing plants without a permit from any national property – or many state and municipal properties – is, in fact, illegal. In places that do allow “picking” plants, that right will not extend to those species considered threatened. Monetary fines and even criminal arrest are potential outcomes of violating these regulations.

One location that is always on the permitted list is your own backyard. Although ramps can be a bit finicky, I have several friends who have successfully transplanted ramps to their property. They are slow to grow but, if they are somewhere that makes them happy, they will keep coming back. One fellow forager uses the emergence of her ramps as a sign to let her know when to hit the woods. You can use purchased ramps that have their bulbs and roots. If you choose to dig up your own for transplanting, this is also the time to bring out the hori hori knife. Because of its ability to dig with a very sleek design, it will minimize the harmful impact on the plant. There are some great resources online and in print about starting and maintaining your own ramp patch.

Ramping Up Our Efforts for Sustainability

When I was first introduced to wild leeks, I confess to digging up as many as I could, roots and all, filling bags to the brim, and storing the overflow in a second refrigerator. One day, after taking my son to a recently discovered patch and observing his delight at digging up these ethereal delicacies for the first time, I changed my tune. I want ramps to be there for years to come – for my son, for his children, for all future foragers. With a little more thought by foragers, retailers, chefs, and consumers about how and where ramps are harvested, we can help preserve these culinary trophies for future generations. 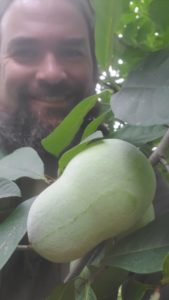 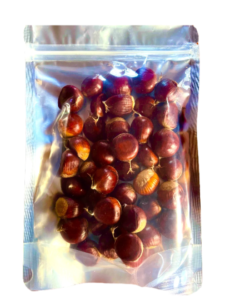 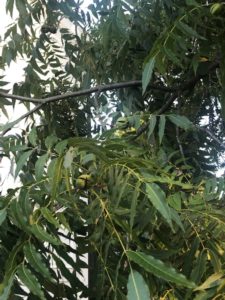 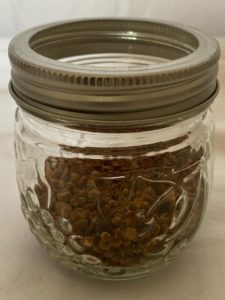 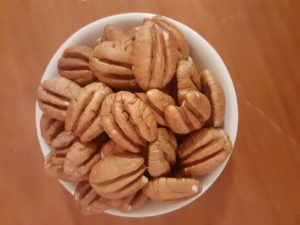 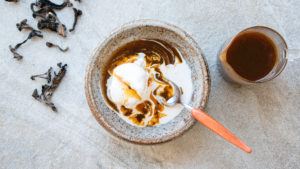 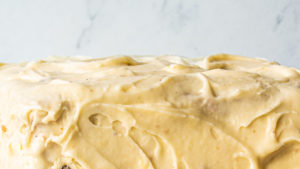 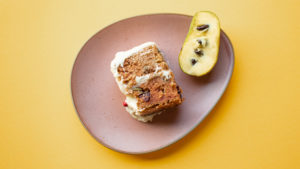 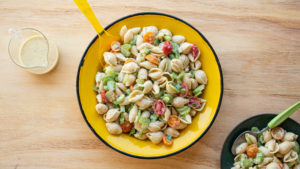 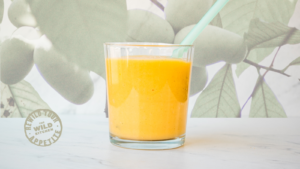 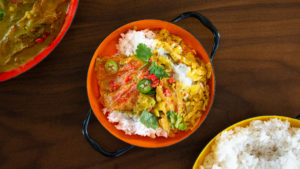 Chicken of the Woods Coconut Curry