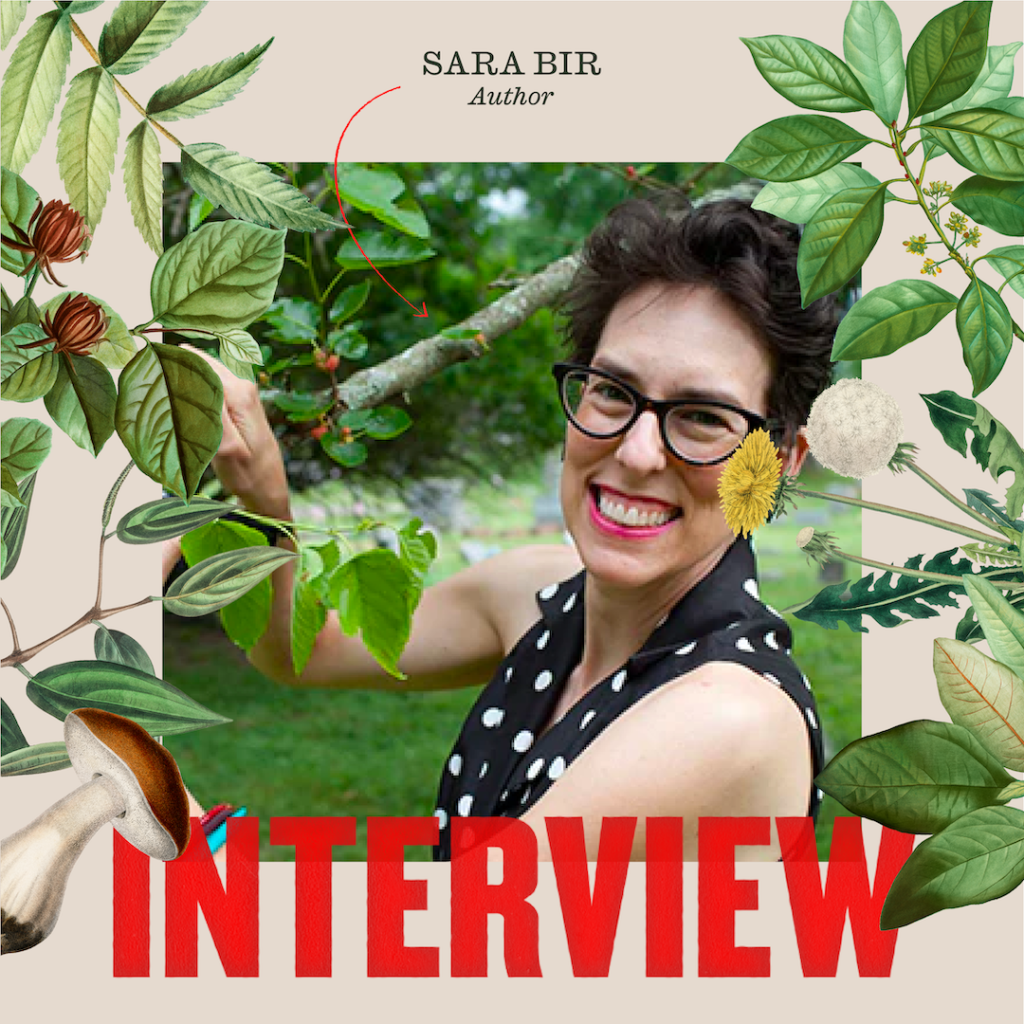 JB Douglas sat down with Sara Bir to chat all things pawpaws! Below are a few excerpts from the interview, with edits for readability.

“I should note that pawpaws have been growing in this area much longer than I have.

I grew up here in Southeast Ohio. I moved away and that’s when I heard about pawpaws – when I was very, very far away from where they grow naturally. I was so curious about them because I grew up playing in the woods, how could I have never heard about them? Both my parents are not from the area. And oftentimes when a family has stayed in an area where pawpaws grow, you just hear one person in the family recollecting playing in the woods. They’d eat pawpaws. And that was that. Or maybe they kept that fondness for pawpaws and they’d have one every now and then, but I didn’t have that growing up.

And when I came back, I decided I would find these things cuz it didn’t sound like they existed. They have a weird name. I wanted to know what the heck they tasted like – what is this wild fruit? And I found one. So this would’ve been maybe about 10 years ago by now. And I was out on a trail, on a walk all by myself. And it was the fall, around September, and right in the middle of the trail there’s splayed open this thing that was this color you don’t see in the woods. You just don’t, you don’t see it. So I thought, oh, that’s interesting. And I came back the next day. I think I did a little research on the internet. I came back the next day and I looked up this time instead of down. Looking up and looking down – that’s kind of the best way to find them, and also circling back. You usually don’t just find them “oh, here’s a bunch of pawpaws I’ve always been curious about them.” You find out in these little steps, and that’s what happened for me. 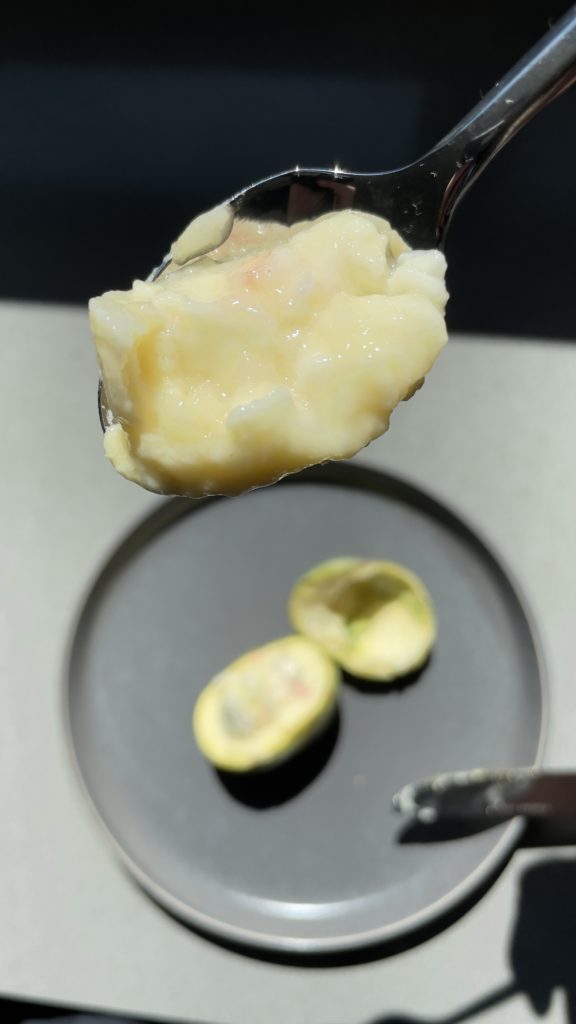 “Pawpaws taste very tropical. And that’s because they are from a family, the custard apple family, and all the other members of the family grow in the tropics. I’ve never had a custard apple, unfortunately, but I do know that you will pick up flavors of mango, pineapple, banana. There’s often, like, citrus zest notes in there. Sometimes lots of lemony flavors, lime. It really depends on the pawpaw but you’ll notice all of those. And then they have sometimes a finish that’s a little bit funky. I would say it can be polarizing, but some pawpaws don’t have that, and you really don’t know until you’re eating the fruit.

Especially if they’re foraged, they can be a little bit different. Sometimes there are trees I know that have a really nice clean taste. I mean, that’s how we got to the cultivars that people are growing now, they would find a tree that was really awesome, and then they would propagate that and sometimes select qualities about it that they liked and cross breed and all that.

I don’t do those things. I’m just here for the fruit, but to my understanding there are ways to take the more populist aspects of pawpaw and put those forward. But I personally kind of like the ones that are a little funky, and some other people do too. There’s a pawpaw for everyone.”

Why Do Pawpaws Matter?

“Papaws matter because they are concrete evidence that there’s always something new and discoverable that’s been there all along. So if I can grow up here and think that Ohio is unexceptional, and then return years later to the same place – it hasn’t changed that much – and find something truly exceptional, that means that that thing can exist out there. It exists out there for everyone. It doesn’t have to be pawpaws, but I look at everything in a different way now. And it was all triggered by this one fruit. I really got into foraging through pawpaws. That was the entry. And I have learned to go through the world being open to what is magical.

I think we’re so far removed from where our food comes from, that when you interface with it in this direct manner, that something delightful can be growing on my cul-de-sac and hardly anybody knows about it… It just gives you a little bit of the magic of what it is to be part of our living world.